DENVER, CO / ACCESSWIRE / October 5, 2017 / Des Hague and Justin J. Rose, OHLEsport Chairman of the Board and President, announced Gina Lewandowski, defender on Bayern Munich’s Women’s Team, as the newest member of the OHLEsport Ambassador Program. Denver-based OHLEsport (www.OHLEsport.com) is the creator of The OHLEsport Total Training System. OHLEsport Ambassadors play a key role in OHLEsport community outreach, where a percentage of each purchase supports the OHLEsport Kids’ Future Fund; this fund serves to strengthen at-risk and underserved youths to find ways to a brighter future. 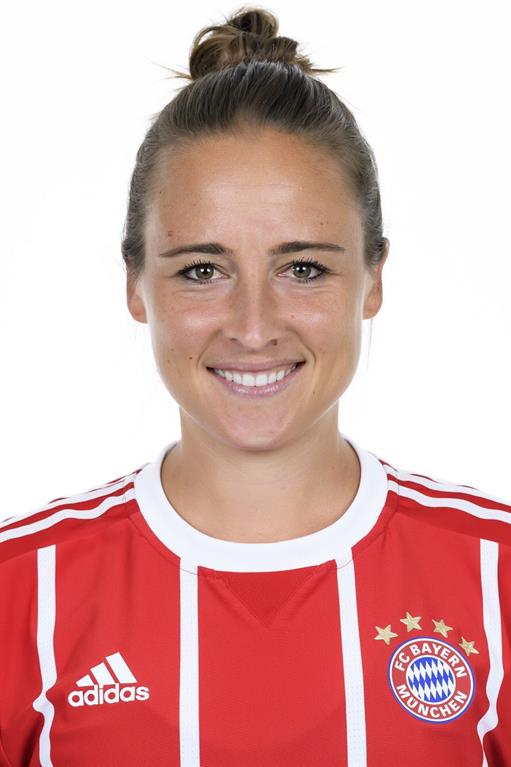 “We are thrilled that Gina is joining as an Ambassador to OHLEsport,” stated Hague. “Gina has excelled at the highest levels of soccer and brings with her a tremendous amount of expertise on what it takes to breakthrough at this level. We are delighted that Gina can aid many more to gain the necessary skills to be successful and at the same time help OHLEsport in our mission to do good in the communities we serve,” concluded Hague.

“I am excited to be an OHLEsport Ambassador and part of the OHLEsport family,” said Lewandowski. “This organization cares not only about individual development but also finds joy in providing under privileged kids the opportunity to excel through the Kids’ Future Fund program.”

Lewandowski, an American soccer from Bethlehem, PA, has been a defender for Bayern Munich (woman’s team) since 2012. She began her career at Lehigh University, where she was named Patriot League Offensive Player of the Year (2004, 2005) and Patriot League Rookie of the Year (2003), and she has a long history of soccer successes since then. After heading to Germany in 2007, the four-time All-Patriot League moved with Alexandra Krieger to 1. FFC Frankfurt. In 2012, Lewandowski was called up for the United States match against China. In 2015, at age 30, Lewandowski earned her first CAP (career appearance) for the United States in an international friendly (Victory Tour) match against Brazil.

“Having known her for the last 5 years and following her career in Germany, it is fair to say she truly is an inspiration to all and it is an honor to have Gina on board as an OHLEsport Ambassador,” said Rose. “As a person and professional player to go abroad and succeed the way she has, she has paved the way for others after her to be able to do the same. A great role model for young players to learn from and aspire to be like,” concluded Rose.

“I consider Gina a pioneer of soccer knowing that she was one of the first US players to play in Europe on top European cubs,” said OHLEsport founder, Robert Ohle and added, “happy to have Gina on board – welcome!”

Colorado-based OHLEsport, Inc. is dedicated to beginning through advanced training of soccer enthusiasts. After years of development, OHLEsport launched The OHLEsport Training System that helps every soccer player to develop the ‘first touch’, which is the most important part of any soccer player’s skills. The OHLEkick and OHLEpro which can be used year-round, outside and indoors, allow an individual to not only develop their touch in a fun way, but also to improve confidence in their weaker foot — two things so important to the development of a soccer player. In addition, with the DVD and access to the OHLEsport app, a player receives instruction and a way of measuring improvement that carries over to performance on the field. Inexpensive, durable and lightweight, using The OHLEsport Training System is the one simplest way to make one’s performance better.

This entry was posted in Uncategorized. Bookmark the permalink.